Most first graders make the transition from decoding short vowel words to long vowels pretty well. But some students need more exposure, and visual cues are often quite helpful for these kids. Along the way in our teaching lives, we pick up little tricks from other teachers that make us wonder, “Why didn’t I think of that?”

This is one of those little tricks.  It’s a simple, but very effective technique to use to introduce long vowels and for students struggling with long/short vowel discrimination. Once auditory discrimination is solid, then they are ready for the visual piece. I teach my first graders that when I point to a vowel with one finger and say, “sound,” I expect them to say the short vowel sound. (I use these charts in both whole group on the carpet and for small groups at the kidney table that need more exposure.) The technique I have learned is to simply point, say “sound,” prompting the long or short sound, then point to the beginning of the word and say, “read.”  Once they understand the finger prompts and my word prompts of “sound” and “read,” they are ready to read a chart of words in isolation. See 13 second video below.

The same prompting can be used when students read text. When they hesitate in front of a word in text, I say, “sound,” prompting them to say the vowel sound and then I say, “read.” After several repetitions of this, students can more easily see the long or short vowels automatically on their own. I have found that brief prompting during a reading of text is much better than interrupting students with long dialogues to explain or reteach. They will understand your prompt of “sound,” and “read” if you have practiced it enough.  Soon they will be prompting themselves as they read, and that’s what we want!

After guidance with a chart, students can also practice further with their own focus boards or drill sheets that have a mixture of long and short vowel words. Speed Drills for Words With Long and Short Vowels  Each row repeats the same 8 words but in a random order. There are 20 pages of drills with different words. I just slip them into sleeves to protect them and store them in a binder. Once students understand your expectations for using these drills, they can be added to centers and partners can time each other and check for accuracy.

I would love to hear your ideas too! Thanks for stopping by! Get a FREE month of ink from HP! If you print as much as I do (HOLY MOLY!) and you haven’t checked out HP Instant Ink, you’re missing out. (No, I don’t work for HP, but I’m just passing along a tip.) If you have an HP printer, see if it’s compatible with their program first. Go HERE to see if your printer is on the list. If it is, then you are in luck! Ink can be delivered to your door before you run out. It’s like magic. They just know (a little scary if you ask me…). You pay a monthly fee depending on how many copies you make. Easy Peasy. If you use my code: http://try.hpinstantink.com/hBQ7j then YOU get a FREE MONTH and I GET A FREE MONTH and everyone’s happy! 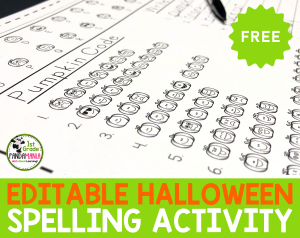 FREE Editable Halloween Spelling Activity for Any List of Words! 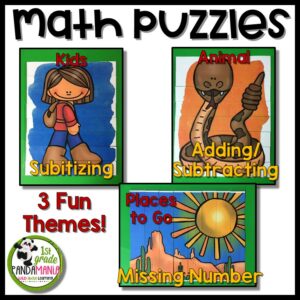 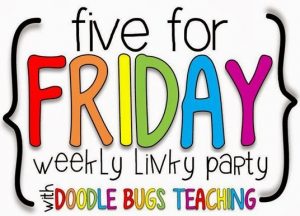 I am a newly retired first-grade teacher in the beautiful state of Colorado. I taught for 32 years (17 of those in 1st grade.) Watching my students learn and grow was such a blessing for me, and I'm excited to share what I've learned over the years with you. Read More

×
SITE DESIGN BY DESIGNS BY KASSIE